The German Society for Endocrinology (DGE) supports and awards outstanding achievements in basic and clinical research . The Von Recklinghausen Award honors outstanding original scientific work in the field of calcium regulating hormones and bone metabolism. Franziska Lademann won this year’s award with her work on “Lack of the thyroid hormone transporter MCT8 in osteoblast and osteoclast progenitors increases trabecular bone in male mice”! Thyroid hormones are important for maintaining a healthy bone. Their transport into target cells is mediated by transporter proteins, such as the monocarboxylate transporter 8 (Mct8). Targeted knockdown of Mct8 gene expression in bone-building osteoblasts as well as bone-degrading osteoclasts in male mice led to an increase in trabecular bone mass. Both murine models suggest that MCT8 plays an important role in bone metabolism. Further experiments are needed to reveal the exact cellular mechanisms and processes behind it. The award ceremony took place at the annual conference of the German Society of Endocrinology on 21.03.2019 in Göttingen. Congratulations! 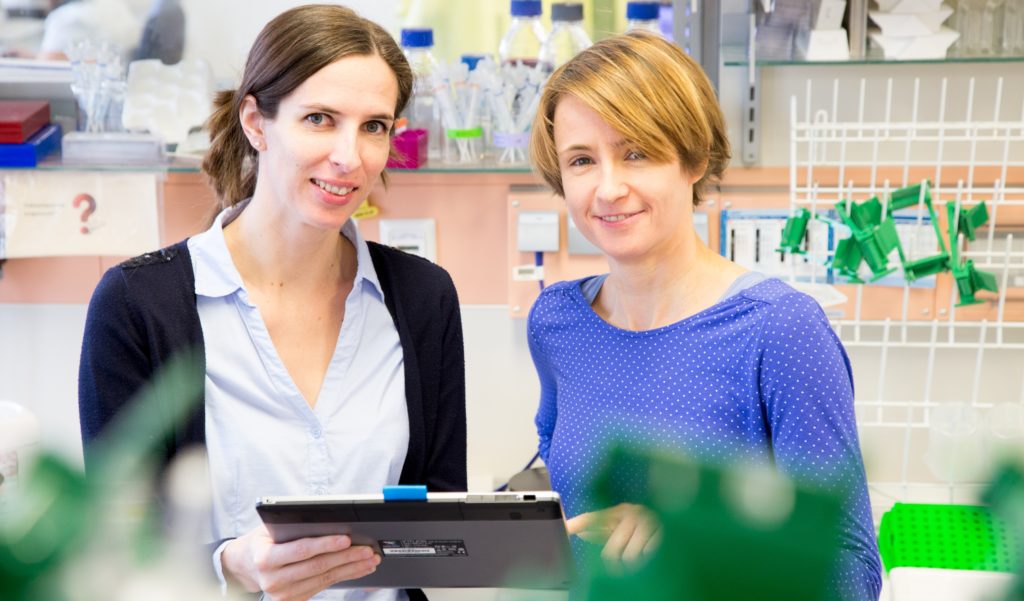 Only a few know the rare bone disease FOP: as in a nightmare, muscles and connective tissue are transformed into bone – and those affected are literally walled up alive. As a result, these patients become prisoners of their own body. Scientists of the Faculty of Medicine Carl Gustav Carus at the TU Dresden have now discovered a protein that inhibits excessive bone formation in FOP. In the future, this could be a therapeutic approach. The discovery is patented and the results of the study were published in the journal “Nature Metabolism”.

A total of four million children and adults in Germany are affected by one of more than 6,000 rare diseases. Many of these diseases are still rather unexplored, and there is still no effective therapy for the majority of these diseases. Take Fibrodysplasia Ossificans Progressiva (FOP). For patients, the diagnosis means the progressive ossification of soft tissue and muscles. Healthy muscles, ligaments and tendons transform into bones – all in the wrong place – resulting in stiffness and permanent immobility as if you were permanently trapped in a cast. The growth of bone-like structures where usually no bone is (ectopic ossification) may occur without warning or is triggered by a slight bump. The underlying cause is a gene defect that leads to a defective building plan for the ACVR1 receptor.

Scientists of the Bone Lab of the University Hospital at the TU Dresden have now discovered a protein that links two apparently unrelated systems. Transferrin receptor-2 (Tfr2), responsible for iron metabolism, was discovered as a new component in bone metabolism. Tfr2 binds to so-called bone morphogenetic proteins (BMPs), which are responsible for the mineralization of bone. Together with an interdisciplinary team of international researchers, the Bone Lab has now discovered that the binding region of Tfr2 can also be used to neutralize BMPs to prevent misplaced bone formation. Professor Martina Rauner and her colleagues were surprised: “When we saw how potent the binding region of Tfr2 inhibited the undesired soft tissue ossification in the animal model, we realized that this discovery may have the potential for clinical development.” Martina Rauner, biotechnologist and scientific director of the “Bone Lab” has dedicated her career to the study of bone diseases. It took years of intensive collaboration to decipher the therapeutic potential.

So far, there is no suitable therapy for the approximately 700 patients worldwide and the 30 people affected by FOP in Germany. However, now there is new hope, states Dr Ulrike Baschant: “Kymab, a therapeutic antibody company in Cambridge, will promote the clinical development of Tfr2 based on our discovery in Dresden.” This landmark discovery is significant not only for patients with FOP, but also for those with more common skeletal disorders, such as heterotopic ossification, a disease that occurs after hip replacement surgery or major trauma. The two main authors, Martina Rauner and Ulrike Baschant, report about their finding in the journal Nature Metabolism. The discovery of the protein was the result of international cooperation for many years, amongst others with scientists from the University of Torino in Italy. With the help of a dozen scientists, they worked in the lab to solve another puzzle of science. Martina Rauner is happy that the “newly created knowledge may serve novel therapies that could improve the lives of children and adults with bone diseases”. Ulrike Baschant adds, “It is a decisive step towards regaining physical independence and personal freedom!” 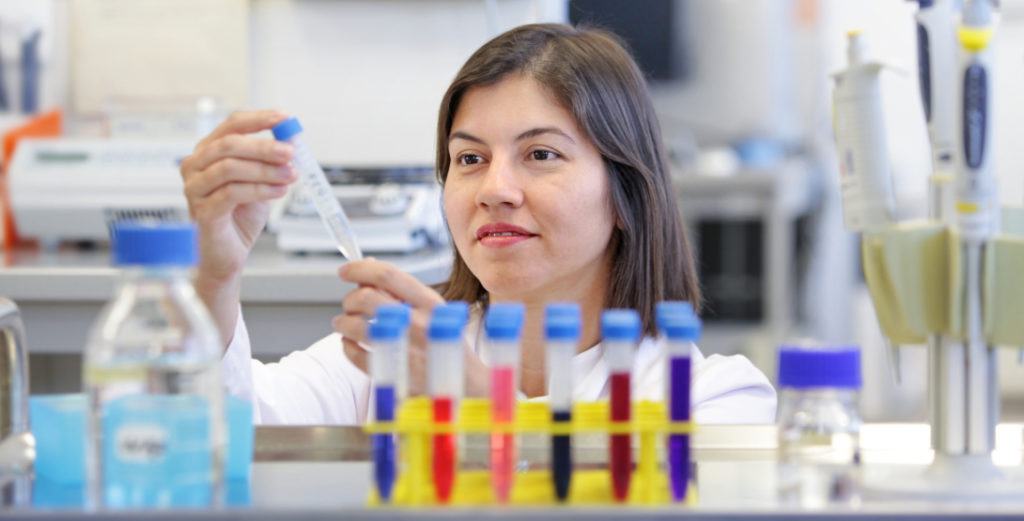 Critical, vibrant, colourful – our Bone Lab is like Brazilian carnival

How did I get to this field of research?

I initiated in this research field following the research line of my former supervisor.

Why did you chose the bone lab?

I chose the bone lab because of my interest on Wnt signaling pathway. I was fascinated by the papers published by Martina Rauner. In addition, I would like to come to Germany, since this country has been an example of investment in research. The University that I work at in Brazil (Federal University of Ceara) holds international cooperation’s and exchange programmes with Germany and specifically the TU Dresden.

What am I doing right now?

I’m here as a visiting researcher doing a sabbatical. I’m establishing here the model of periodontitis on mice, which I have previous experience, in order to open a new research line at Bone Lab, meanwhile I’ve improved by research skills learning new lab methodologies.

Why am I doing what I am doing?

I decided to do this because it is a way to improve my research skills as well as my English skills. It is also an opportunity that the Brazilian government offers to the professors, to go abroad making connections and establishing collaborations in order to improve the Brazilian research making it more international. However, the time here is not only important professionally but also personally.

What is fascinating about my work?

I love the idea that I can contribute somehow to the better understanding of periodontitis – a very important oral disease, and also to understand the role of the amazing immune system on the process of bone loss.

Our PhD student Juliane Colditz has created a cartoon that explains the importance of the mouse as an animal model in bone research. Young and old get an animated explanation, how disease develop such as osteoporosis and bone cancer and how the research contributes to healing. Juliane even won a prize in a video competition. Congratulations!

Let us take this opportunity to thank you for all your faith and dedication.

May this year bring new happiness, new goals, new achievements and a lot of new inspirations on your life. Wishing you a year fully loaded with happiness! 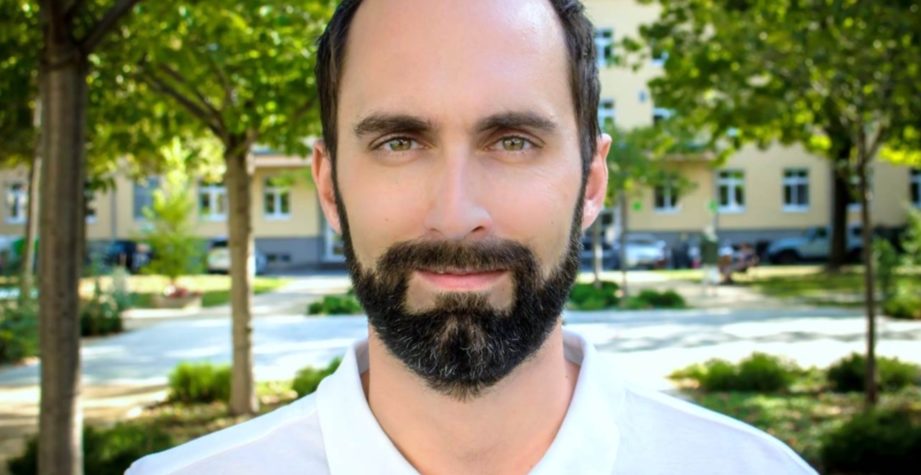 A team of bone and cancer specialists from Essen and Dresden have identified two biomarkers (RANKL and OPG) in a study of bone metabolism that can better predict the course of breast cancer over a ten-year period. The team hopes that the discovery will lead to a more precise risk assessment regarding personalized therapies, with the aim of delaying the progression of the disease. The results of their study were published in the journal Clinical Cancer Research (doi: 10.1158 / 1078-0432.CCR-18-2482). 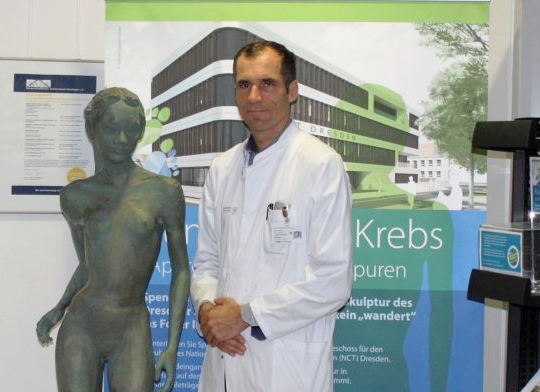 A life-sized sculpture by local artist Thomas Reichstein is currently touring the campus of the Dresden University Medical Center and will be displayed at the Bone Lab Dresden for the next two weeks. Aphrodite is an ambassador of the fund-raiser for the new building of the National Center for Tumor Diseases (NCT) and donations made for the cause will be employed to the construction of the ONCO-INNOVATION-LAB, a state-of-the-art laboratory combining informatics and medicine to develop new strategies and technologies for cancer research and treatment. Every second person in Germany has a risk of being diagnosed with cancer during their lifetime and 500.000 cases of cancer are newly diagnosed every year, making the diseases one of the most serious health issues of our time. Therefore, action is needed to strengthen cancer research in Germany in order to develop more efficient diagnostic tools and therapies to change the outcome for cancer patients and ultimately improve their life. We at Bone Lab Dresden are happy to support this initiative and we encourage you to join our effort.

Be part of the action by finding out more about the fund-raiser and by making a donation. 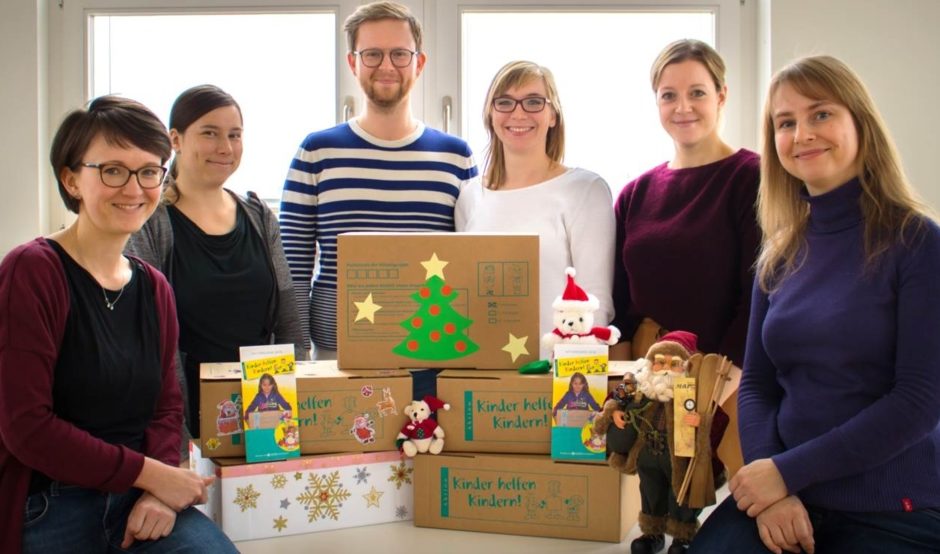 Children are the future of our world! What comes naturally to most of our children is a rare stroke of luck for many children in other countries: a present for Christmas. Small as it may be, it puts a smile on the children’s face. For many children it is a great sign of hope, solidarity and charity – and this sign shines not only at Christmas, but also throughout the year. Supporting the action “Kinder helfen Kindern by ADRA Deutschland e.v.” together with our children is a real pleasure – especially when we read, what causes a little Christmas gift in the lives of individual children and their families.

Kinder helfen Kindern
Previous123Next
This website uses cookies to improve your experience. We'll assume you're ok with this, but you can opt-out if you wish.OKPrivace Policy